Skip to content
Developing your leadership skills
No Comments on Becoming a better leaderPosted in Leadership By Laura BourbonnaisPosted on September 23, 2022August 24, 2022

The Oxford dictionary defines leadership as the act of leading, which is a necessary skill in business.

Yet, there’s a misconception about the ideal leader being authoritarian and extroverted.

In fact, good leaders can vary in terms of leadership style and personality. They can be transformational, delegative, transactional or participative leaders. They may also be ambiverts or even introverts who listen more than they talk.

These Ontario-based leaders prove just that through their unique leadership styles.

Maya Vukov is a York University bachelor of fine arts in film production graduate and master’s student. She was Winters College Council’s (WCC) director of finance and of social and cultural affairs.

As a young film director, she said you’re doing something you created and, as a result, it’s very similar to “starting a small business.”

Leanne Connor is pursuing a bachelor’s of fine arts in theatre and found a home in WCC. She worked in social and cultural affairs, as a speaker and is now president.

She’s accepted that sometimes leading means leaning on others.

“I had to let go of all the prejudice that I had to handle everything and I couldn’t ask for help,” she said.

As president, she said it’s crucial to acknowledge that “you’re not alone” while learning to delegate. She’s also learned to trust her instincts and resolve conflicts.

And as a Bath and Body Works key holder, she was the liaison between new employees and management. She relayed information and helped mediate problems.

Amédé Fontaine is completing a University of Ottawa bachelor’s of accounting. He is planning to become a Chartered Professional Accountant, presently a BDO junior accountant.

Since starting university, he’s been a social media lead for health services, guiding co-workers and helping to create content.

Vukov described herself as a quiet introvert.

Having attended many leadership retreats, she’s still working to be a transformational leader.

She said, “You want to inspire people with your mission, and then empower them to work with you and not feel like they’re constrained creatively speaking.”

She added that film leans towards authoritarian leadership, which can be problematic.

However, she’s also struggled with others “trying to take over” instead of servicing her vision.

Vukov’s leadership style reflects her personality. Valuing perseverance, she works with those “in it for the long run.”

She values trust, communication and honesty, still working on trusting others.

Connor sees herself as an ambivert who loves socializing while also enjoying time alone.

Growing up around introverts, Connor has introverted tendencies but has opened up more since going to university.

She’s a participative and transformational leader, leaning towards “the collaborative and creative process.”

Connor’s leadership style reflects her personality. She leads with honesty and clear communication. The latter, she said, is necessary to achieve any goal.

She also uses punctuality as “a professional working standard.”

Fontaine described himself as an introspective ambivert.

He’s a delegative and transformational leader, delegating work and promoting the values he believes are “important” to those around him. He personally values empathy, kindness and positivity, seeing his work teams as family.

His empathy and kindness translate into knowing others’ needs.

Vukov’s leadership skills are a “work-in-progress.”

She’s working on navigating opposing viewpoints and on having more confidence in her vision, which she said “younger, first-time directors struggle with a lot.”

She added the importance of setting an example.

“If everyone sees how passionate you are, it’s easier for them to connect with the project,” she said. She added that it’s “really important for people to feel like the work they’re doing is valuable and acknowledged.”

Connor said it’s important for leaders to recognize that, regardless of training, “there will always be room for improvement.”

She added that fostering passion and trust is important. Something she’s trying to do through WCC training and team building activities.

For Fontaine, leadership skills have come naturally and with practice, having needed to practice his public speaking and conversational skills.

However, he’s “always been at ease” to step in as a leader, though he can still improve.

“Reading fiction helps with empathizing with another person’s experience and the world,” she said.

According to her, a leader’s most important quality is “being a good listener.”

She also said it is important to discover your values “and live as true as possible” to them.

Connor shared that leaders should be patient with themselves.

“There’s this sense of ‘It must go the way that I planned it in order for it to be successful,’” she said.

But added that it’s alright for things not to go according to plan though she still strives to make a positive impact, namely through the events she hosts.

Connor said that it is strong to realize you need help. She’s reached out to past WCC presidents for help herself.

Fontaine emphasized the value in learning from other leaders and implementing what you liked about their leadership into your own.

Having worked various jobs, he realized what he liked in leaders, which has allowed him to come up with his own leadership style.

Good leadership can look different with every leader and evolve.

In fact, Fontaine maintains that people can be various types of leaders throughout their lives as their personalities change.

Developing your existing skills might be more beneficial than trying to fit into the stereotype of a ‘good leader.’ 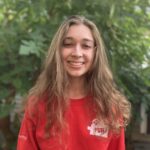 Laura is a Copy Editor for Business Hub. When she’s not reading, writing, proofreading or editing, she’s binge-watching series and films, adding new goals to her bucket list and daydreaming or listening to an eclectic playlist or podcast. She can also often be found dancing, unsubscribing to emails she accidentally subscribed to, discovering new green spaces or snuggling with her dog.

An article by Eliot Gilbert where he explores the

Becoming a better leader, an article by Laura Bour

An article by Grace Nelson-Gunnes where she explor

The future of Canada depends on female entrepreneu

An article by Eliot Gilbert where he explores the market of collectables to help you decide if it is worth investing in.