Skip to content
Exploring the catch of outdated advice
No Comments on Stuck in your role? Make yourself replaceablePosted in Careers By Eliot GilbertPosted on August 26, 2022August 23, 2022

Making yourself irreplaceable at work may be harmful to career growth. So why do some career advisors suggest the opposite?

Being irreplaceable is often considered a net positive professional asset. This may not be the case, according to a growing number of career experts.

“I was basically completely stuck at my job for years,” says Michael Bergeron, a web developer. “It kind of sucked. I felt penalized for doing a good job.”

Bergeron says he followed the traditional career advice given to him by his teachers and parents. He was told to work hard, do a good job and be irreplaceable to his boss.

“It just didn’t work for me,” Bergeron says.

The reasons for the advice in making yourself irreplaceable makes sense intuitively. After all, adding value to a workplace is considered important for career stability and growth. Understandably, some may believe that irreplaceability is proportional to value.

“I was difficult to replace,” says Bergeron. “I was working solo on this massive project, and all of my coworkers got to move onto other things, but I essentially could not.”

Bergeron is not alone in this situation. Better Programming explores another example of the same problem. In the story, an employee named John made himself an expert in a specific task. While his colleagues moved on to different things, he could not. This is because John had made his contributions so important that he could not be replaced by anyone else.

“I eventually just had to leave jobs,” Bergeron said. “It was frustrating because I couldn’t get a higher salary or a better role when I left.”

So, how does an employee become replaceable without becoming disposable?

According to Glassdoor, adding value to a company can mean the difference between being laid off and getting a raise.

“The key is in adding the right kind of value to help with career mobility,” says Megan Chen, an HR generalist from Toronto. “Frankly, if someone is too good at their job, a company won’t want to move them around.”

According to Chen, the best way to do this is to meet basic job requirements, then take on new projects.

“The best way to get a promotion isn’t actually to go above-and-beyond at your current role,” She says. “It’s much better to be good at your job, then take on projects that improve the company in some way.”

“If you’re already stuck in your role, trying to make yourself redundant is a good first step,” says Chen.

She adds that it is beneficial to be open with superiors during the process.

Making tasks redundant can change, depending on the task. Chen suggests that automating processes by software or creating training documentation are good steps.

“The ultimate goal is being able to step away from your current tasks, so someone else qualified can pick it up when you’re ready to move on,” she says.

Stuck in your role? Make yourself replaceable 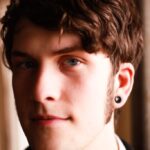 Eliot is a journalist for Business Hub. His background is in English and creative writing at York University. When not writing, he studies medical laboratory science in Kingston, and enjoys hand spinning yarn, cooking, and gardening.

An article by Eliot Gilbert where he explores the

Becoming a better leader, an article by Laura Bour

An article by Grace Nelson-Gunnes where she explor

The future of Canada depends on female entrepreneu

An article by Eliot Gilbert where he explores the market of collectables to help you decide if it is worth investing in.